Out and About
Arts and Culture
Food and Drink

We’ve got AFL players and legends, team mascots, the 2021 Premiership Cup, live music and food stalls PLUS a double pass to the 2021 Toyota AFL Grand Final to give away each day to the sold-out event.

If you’re a Fremantle, GWS or Hawthorn fan then we suggest you make it down to Footy Place on day one, with appearances from captains Nat Fyfe and Stephen Coniglio, as well as Hawks star Jaeger O’Meara. They’ll be participating in a Q&A followed by a photo opportunity for fans.

If you really want to get in the Grand Final spirit, a barber will be on-site slinging Bailey Smith-style mullet cuts from Monday – Wednesday for those game enough.

Monday is also your first chance to score 2 x Category 1 tickets to the sold-out 2021 Toyota AFL Grand Final. Simply grab your entry coupon in Saturday’s West Australian or the Sunday Times, fill out your details and drop it into the barrel at Footy Place for your chance to win! Stick around for the draw at 1.00pm to see if you’re our first winner. Melbourne and Western Bulldogs fans will be eagerly anticipating this one – with the 2021 Premiership Cup finally arriving in Footy Place. Only a few sleeps to find out which teams’ name will be etched into the Cup and the history books!

Tuesday’s player line-up should satisfy both Eagles and Dockers fans, with hometown heroes Josh Kennedy and David Mundy participating in the Q&A, as well as Fremantle coach Justin Longmuir and Mitch Duncan (Geelong).

Wednesday is another great day at Footy Place for WA team supporters, with interviews and the chance to grab a photo with Luke Shuey, Caleb Serong and Elliot Yeo plus AFL legend Matthew Pavlich.

Don’t forget – this will be your third chance to win that highly coveted double pass to the sold-out match on Saturday and your last chance to get a mullet like Bailey Smith.

Footy Place will once again be a buzz with football activity! Special guests for Thursday include Nat Fyfe, Andrew Brayshaw and Eagles coach Adam Simpson. It’s also the second last chance to score free tickets to the game.

Friday is the last day to enter the draw to win tickets to the 2021 Toyota AFL Grand Final – these could very well be the last tickets left in town! Head down from 11.30am, pop your coupon in the barrel and check out the Q&A from special guests.

Those who enter the draw on Friday must be there to claim their prize. Any unclaimed tickets from earlier in the week will also be re-drawn at 1.00pm (which could mean you’re in with a second chance!).

Grand Final eve is a big one! Kit yourself out in Western Bulldogs or Melbourne gear and join fellow supporters on their respective ends of Murray Street Mall for this unique experience. Brass bands will lead the charge down the mall performing the club’s songs, finishing with special guests on stage at Footy Place.

Everyone’s favourite food markets, the Twilight Hawkers Markets, are making a star appearance in Footy Place for the big weekend on both Friday and Saturday nights. We’ve got you covered with the game playing on the big screen on Saturday while you get your fill of street-eats! 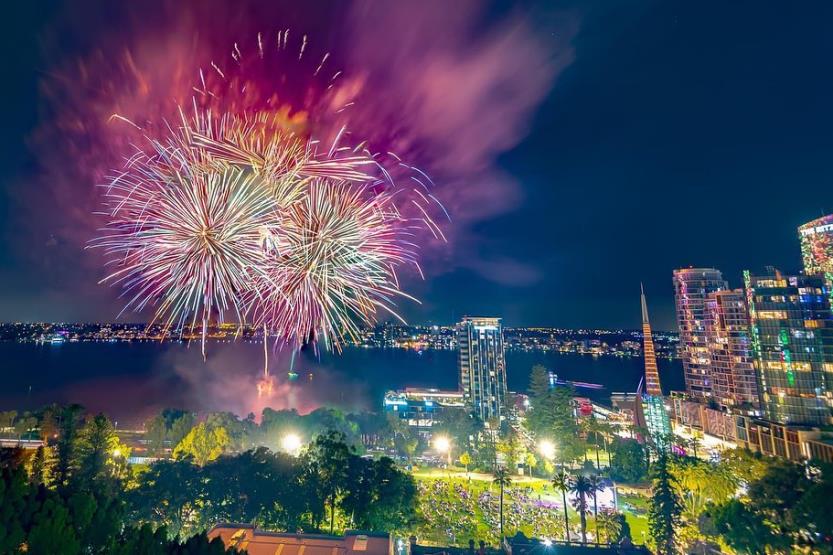