City of Perth20 Apr '207 min read
Copy Link
PRIVATE ANDEW CHRISTIE (1461) 16TH BATTALION AIF
Traditionally a time to gather with family and friends at Dawn Services, this year’s Anzac Day will be unlike any other we have commemorated.

As we find ourselves in the midst of a pandemic, commemoration ceremonies around the country have been cancelled. Whilst we won’t be physically attending services this year, we can find new ways to honour our fallen, as well as those who served and still serve today.

RSLWA is encouraging all Australians to take part in a show of mateship for Anzac Day by standing in quiet contemplation at the end of their driveways, or on their balconies at 6am on 25 April. Additionally, a nationally televised private Anzac Day service held at the Australian War Memorial in Canberra will be broadcast live by the ABC.

The following collection of images and stories shed light on the experiences of some of our WA Anzac veterans who originated from inner city Perth as well as those who lived and worked here during war time. They tell of their spirit – their endurance, courage, ingenuity, good humour, and mateship. Their stories reveal the selflessness of everyday people who were called upon to serve their country in extraordinary circumstances.

The South Perth Ugly Men’s Voluntary Association were a group of kind-hearted local lads, formed to raise funds and lend assistance to veterans and their families in the aftermath of the First World War.

As one of many disabled returned soldiers, William Miller Kirk struggled to support his young family, and his already dilapidated shack on Arlington Avenue in South Perth deteriorated rapidly. The restoration of the house for William and his family was the first project completed by the South Perth Uglies. Horace ‘Horry’ Thompson and his wife Lily were raising their young family in Leederville, when Horry arrived home with a Moreton Bay tree, and announced he would plant it and wait to see how big it had grown when he returned from war.

Just months later in 1916, Horry left for France. During the Battle of Passchendaele, a shell dropped killing him. Within a year of Horry’s death, Lily fell ill and died aged 30. The family say she died of a broken heart.

Today Horry’s tree is 104 years old and is still standing in Leederville. It provides a living memorial to Horry and the sacrifices made by all men and women who fought for our freedoms.

Although Robert McMaster was placed on the retired list from the military following his service in the Boer War, he was so keen to enlist in the Australian Imperial Forces that he changed his date of birth so as to be under the age limit for joining. Robert embarked from Fremantle in April 1915 and wasn’t long on the shores of Gallipoli when he was killed in action in August.

He was married, father to six children and was a respected public official - serving as the first Mayor of the area we now know as the Town on Victoria Park.

Robert’s body was never found. His name however is listed on the Lone Pine Memorial at Gallipoli. A respected Subiaco Football Club player, Andrew Christie landed at Gallipoli on 25 April. Tragically he was killed in action just a week later during an attack against fierce Turkish opposition. On 24 May an armistice was held to enable both the Turks and the Australians to recover and bury their dead. It was on this day that Andrew’s body was discovered along with his identity disc.

The Subiaco Football Club commemorates Andrew, who captained the team in 1910, by awarding the annual Andy Christie Anzac Award to the player who best displays Anzac qualities during the game held closest to Anzac Day.

Voices from the past

Voices of WWII is a fascinating digital collection of stories that reveal how the war affected and shaped our city and most importantly the people that worked, lived and played here during that period.
The Perth History Centre project was launched in 2018 to acknowledge the 100th anniversary of WWI. It includes oral histories from business owners, servicemen and servicewomen, children, city workers and every day men and women like Margaret who was born in Claremont in 1926.

Margaret recalls in this interview what it was like as a 12 year old and the coming of WWII. She discusses rationing, blackouts, air-raid wardens, how transportation was affected, the reputation of the Americans and air-raid practice at school.

For those who want to delve deeper into history, a host of free digital resources such as Anzac Connections bring historic documents and archives to all Australians. 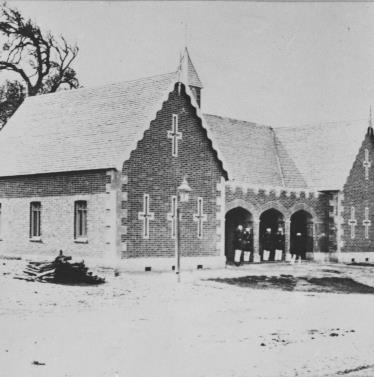