Richard Offen24 Apr '207 min read
Copy Link
GUARD HOUSE, C.1883, FACING BARRACK STREET
When I first came to Perth people told me Western Australia had very little history or heritage. This was a strange statement to make given that at Marble Bar some fossilised stromatolites are the oldest evidence of life on the planet.
As if that wasn’t enough for one Australian state, some years ago two stone axe heads were found in the Kimberley, which, through scientific dating, are now reckoned to be the oldest known man-made tools on the planet. Add to that the archaeological discovery in 2017 on Barrow Island, just off the Pilbara, of the earliest evidence of coastal living in Australia. But wait, it gets even better: on West Wallabi Island in the Abrolhos are the remains of Australia's oldest known European style structure, Wiebbe Hayes Stone Fort, dating from 1629. Now tell me we have nothing significantly old in Western Australia! SKETCH OF PERTH & MELVILLE WATERS WITH MOUNT ELIZA FROM THE MAIN STREET OF PERTH J.HENSHALL. COURTESY OF STATE ART COLLECTION, ART GALLERY OF WESTERN AUSTRALIA
Following those revelations, let us now turn our attention to the antiquity of central Perth, not forgetting of course that the area the city now stands on has been inhabited by the Wadjuk Noongar people for well over 40,000 years.

Following the arrival of the British in the winter of 1829, for many months most people lived in tents before they were finally allocated plots of land on which to build more permanent residences. Initially most buildings in Perth were constructed of timber, but as sources of sandstone and clay, with which to make bricks, were found, the temporary buildings were replaced with more substantial and durable structures. As a result, slowly, Perth began to take on the air of a small, sleepy country town in rural England. SECTION OF ORIGINAL GUARD HOUSE BRICKWORK, GROUND FLOOR LEVEL
Although Perth has undergone huge growth and change since the first gold rush of the 1890s, there is still a good deal of evidence to be found of the original British settlement: THE OLD COURT HOUSE, STIRLING GARDENS
Situated in Stirling Gardens, the Old Court House is Perth’s oldest complete standing building. In the early days of the Swan River Colony, judicial hearings took place in the ‘Rush Church’, a temporary church set up on the corner of Hay and Irwin Streets, but in 1836, a courthouse was built to a design by Henry Revely. Described by Revely as "chaste and appropriate", the building cost £698 and the first Court of General Quarter Sessions was held there on 2 January 1837. For the first few years of its life, the building not only served as a court room, but also the Colony’s theatre, concert hall, school and church. Today, the building houses the Old Court House Law Museum. ST JOHN'S PRO-CATHEDRAL
In 1843, Father John Brady was sent to minister to the Catholic settlers in the Swan River Colony. At the time, the Roman Catholic population of Perth was very small, with no funds to construct a church. However, Brady was determined and before his first year here was out sufficient money had been raised to support the construction of a church, with the foundation stone being laid on 16 January 1844.

Later that year, Brady left for Rome to advocate for the establishment of a new diocese for the Swan River Colony and left instructions for the completion of the church building. He returned to Perth in January 1846 as the new Catholic Bishop of Perth to find the building had still not been completed – it’s clearly not a modern problem that builders seem to have difficulty sticking to schedules! Upon this discovery, Bishop Brady must have cracked the whip very hard because three days later the walls had been plastered, doors hung and the windows glazed, in time for a Mass the following Sunday. We have one other pre-convict era building left standing within the boundaries of the City of Perth, namely Shenton House, the homestead for Crawley Park, now part of the University of Western Australia.

The house was built by Henry Sutherland, who had arrived in the Swan River Colony in 1829 and held the office of Assistant Surveyor until 1830, eventually becoming Colonial Treasurer and Collector of lnland Revenue. Sutherland constructed a two-storey brick homestead on his land facing Matilda Bay in about 1846 and named Crawley Park in memory of his mother, Ann Crawley. The house remained in the Sutherland family until it was sold in 1876 to George Shenton (later Sir) for £1,800. Shenton, who was born in Perth and became its first Mayor, occupied the homestead until his death in 1909, when the Government, to protect access to the river foreshore, resumed the Crawley estate to be used for public purposes and eventually designating it as the site for the newly formed University of Western Australia. The building currently houses the School of Indigenous Studies.

In 1849, Western Australia was declared a penal colony and the first convicts arrived from Britain in June, 1950. Their arrival was principally to help the colony build much need infrastructure such as roads, bridges and public buildings, of which many survive to this day …but that’s a story for another time.

Powered by Curator.io
May gig guide 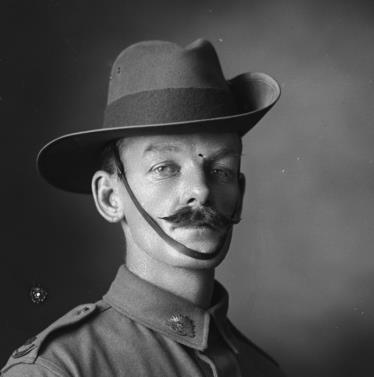