Arts and Culture
Food and Drink

Christine Lim-Abrahams02 Feb '2110 min read
Copy Link
CHINESE FESTIVE LANTERNS AND FIRECRACKERS
The year of the Ox officially begins on 12 February and while restrictions hold us up from travelling for culture, Perth will be brimming with Chinese New Year festivities and authentic experiences not to be missed. Home to large Chinese communities with ancestry in China and Southeast Asian countries like Malaysia, Indonesia, Singapore, Philippines and Vietnam, Perth has the inside word and you’ll want in on it!

The 10th Perth Chinese New Year Fair 2021 is coming to James Street Mall in the Perth Cultural Centre on Sunday 14 February from 12pm to 9pm. Make it a date with your family, friends and valentine to enjoy the cultural extravaganza that includes the lighting of firecrackers, lion and dragon dancing, food stalls, cultural performances, games and more.

The narrow aisles of Perth’s best Asian grocers are where food dreams are made of. The Trans family and business are well established in the community after nearly 30 years of operation. Servicing both wholesale and retail customers via several outlets, the quality service and value are unrivalled. A visit is highly recommended if you want to level up on homemade Bún chă (Vietnamese dish of grilled pork and noodle).

For many South East Asians, celebrating Chinese New Year go hand in hand with a scrumptious steamboat (hotpot) dinner. This is prepared with a simmering pot of soup stock at the dining table with a variety of raw ingredients to dip in the boiling broth. The ingredients are best purchased from Emma’s Seafood Yong Tofu Grocery Store on William Street, where you’ll find the widest range of sliced meats, dumplings, handmade yong tau fu (stuffed meat and/or fish paste in tofu and vegetables) and seafood. This shared dining experience is absolute magic. Authentic Bites Dumpling House and their juicy offerings can be found in Northbridge and Underground at Allendale Square on St Georges Tce. Dumplings are a must have over Chinese New Year for their symbolism of wealth, given they’re shaped like ingots (money used in ancient China). Their xiao long bao, which is a delicate steamed dumpling filled with pork and soup is love at first bite.

If you’re after a hotpot experience without the hassle of preparing it yourself, Kung Fu Kitchen on Newcastle St is your pick. For a mere $14.50, you get a mini hot pot with broth and spice level of your choice, four veges and two meats/seafood (or go full vego). Check out their menu and book ahead!

An oldie but a goodie is Lucky Chan’s Laundry + Noodle Bar. Inspired by early Chinese migrants that made their mark founding businesses like laundromats and eating houses in their new homeland, it is home today to a a melting pot of cultures. Even better is its rooftop bar that morphs into a new theme every four months! Even better, take it from the experts and book a tour of Chinatown with the guys from Oh Hey WA. There’ll be much you likely didn’t know about your own backyard!

You may be one of the lucky ones with a ticket to Perth Festival’s Fist of Fury Noongar Daa at Lotterywest Films, Sommerville Auditorium. If you’ve missed out, have your own Kung Fu movie marathon! Perth Festival have put together a binge worthy list of action-packed kung fu movies by legendary movie stars Bruce Lee, Jackie Chan, Donnie Yen and Zhang Ziyi to name a few.

Chinese settlement in WA can be traced back to early colonial times. They migrated to Perth as contract labourers, farm hands and ran businesses like market gardens, laundries, tailor shops and grocery stores. The State Library of WA in the Perth Cultural Centre has a great online resource WA Migration Stories, including this video from Heritage Perth about Chinese migration. Finally, our voracious readers at the City of Perth Library have put together a list of books, DVDs and CDs for your reading, entertainment and learning pleasure:

“This Mandarin picture dictionary covers the 1500 most useful Mandarin Chinese words and sentences. Each word and sentence is given in Chinese characters with Hanyu Pinyin pronunciation and English definition. The words are grouped into 37 themes or topics. Each theme has 25 to 35 words and 5 to 8 sentences and is richly illustrated with colour photographs. A brief introduction to Chinese pronunciation and tones is included, and indexes at the back allow you to quickly look up any of the words or characters in the book.”

“Fuchsia Dunlop trained as a chef in China's leading Sichuan cooking school and possesses the rare ability to write recipes for authentic Chinese food that you can make at home. Following her two seminal volumes on Sichuan and Hunan cooking, Every Grain of Rice is inspired by the vibrant everyday cooking of southern China, in which vegetables play the starring role, with small portions of meat and fish.

Try your hand at stir-fried potato slivers with chili pepper, vegetarian Gong Bao Chicken, sour-and-hot mushroom soup, or, if you’re ever in need of a quick fix, Fuchsia’s emergency late-night noodles. Many of the recipes require few ingredients and are ridiculously easy to make.”

“Since its release in 1976, Charmaine Solomon's The Complete Asian Cookbook has become a culinary classic, introducing Asian cooking to more than a million readers worldwide and garnering a dedicated following around the globe. The recipes from China are now available in this single volume. Join Charmaine Solomon on a journey through the familiar flavours of Cantonese cuisine to the mouth-numbing spice of Sichuan food. From wontons and chow mein to Peking duck and heavenly braised vegetables, these diverse dishes will delight and inspire a new generation of cooks.”

“Based on the novel by Lilian Lee, Farewell my concubine is a movie with two parallel, intertwined stories. It is the story of two performers in the Beijing Opera, stage brothers, and the woman who comes between them. At the same time, it attempts to do no less than squeeze the entire political history of China in the twentieth century into a three-hour time-frame. (Rated M)”

“Penguin presents the unabridged, downloadable, audiobook edition of China's Disruptors by Edward Tse, read by Arthur Morey. In China's Disruptors, Edward Tse takes an unprecedented inside look at rapidly emerging Chinese entrepreneurs and their game-changing impact on both China and the world.

In September 2014, Chinese e-commerce giant Alibaba raised $25 billion in the world's biggest ever initial public offering. Since then, millions of investors and managers worldwide have pondered a fundamental question: what's really going on with the new wave of China's disruptors?”

“They were the most famous sisters in China. As the country battled through a hundred years of wars, revolutions and seismic transformations, the three Soong sisters from Shanghai were at the centre of power, and each of them left an indelible mark on history. Red Sister, Ching-ling, married the 'Father of China', Sun Yat-sen, and rose to be Mao's vice-chair. Little Sister, May-ling, became Madame Chiang Kai-shek, first lady of pre-Communist Nationalist China and a major political figure in her own right. Big Sister, Ei-ling, became Chiang's unofficial main adviser, and made herself one of China's richest women. 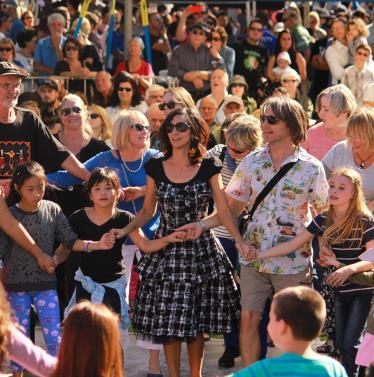